The Fair Labor Standards Act (FLSA) is the backbone of federal labor law. Covering topics such as employee classification, minimum wage, overtime, child labor, and more. It is critical that employers understand the FLSA in and out.

The FLSA is enforced by the Wage and Hour Division of the Department of Labor (DOL), whose duty is to recover back wages and assess penalties. These penalties can be up to $1,000 per violation. 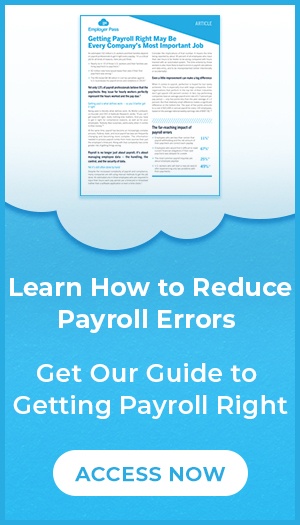 A core part of the FLSA and compliance with it is ensuring proper Employee Classification, there are three different types of classifications that workers or employees can be classified as:

Employers need to know which category each employee or worker falls under. A misclassification of a worker may have significant state and federal monetary consequences. In fact, in the 2021 fiscal year, the DOL recovered over 230 million in total back wages due to the misclassification of workers.

To learn more about FLSA Employee Classification Guidelines, how to classify employees, and the associated '"tests" with FLSA status, click here.

The (FLSA) set the Federal Minimum Wage to $7.25 per hour. Yet, many states have enacted their own minimum wage laws. When a state law sets its minimum wage higher than the federal, the state wage applies.

Most states that don’t have a higher minimum wage than the federal value, usually states have a minimum of the same value ($7.25). Some, however, just do away with a state minimum entirely.

To see minimum wage on a state-by-state basis, click here.

Non-exempt employees must be paid overtime for hours worked in excess of 40 in a single workweek (a workweek can be any seven consecutive 24-hour periods).

Overtime pay rate must be at least 1.5 times the employee's regular rate of pay.

For employees ages 16 and older, there is no limit on the number of hours they may work in a workweek.

The FLSA does not require overtime pay for work on weekends, holidays, or regular days of rest unless an employee also goes over the 40-hour mark.

Generally, the definition of hours worked includes all the time during which an employee is required to be on the employer’s premises, on duty, or at a prescribed workplace.

Other specific instances that count as hours worked include:

Employers covered by the FLSA must keep certain employee records for non-exempt employees. While the act does not require any particular format for these records, a specific set of information is required to be kept recorded.

Recorded information must include:

All records must be kept open for inspection by the Division’s representatives.

The FLSA requires employees to be paid on a regular, predetermined payday, each pay period.

An employer may not deduct from an employee’s wages for cash or merchandise shortages, employer-required uniforms, or tools of the trade when doing so brings total compensation below the minimum wage or reduce the amount of overtime pay.

To look at pay schedule requirements by state, click here.

Employers are not required by law to give employees their final paycheck immediately. However, final pay must be received by the first regular payday of the last pay period the employee worked.

It's becoming increasingly common for states to have requirements for final pay rules, which may require immediate payment than the FLSA requirement.

Federal child labor provisions authorized by the FLSA ensure that young employees are able to work in a safe environment that does not jeopardize their health, well-being, or educational opportunities.

As a general rule, the FLSA sets 14 years old as the minimum age for employment and limits the number of hours worked by minors under the age of 16. The FLSA also prohibits the employment of a minor in work declared hazardous by the Secretary of Labor.

Each state also has its own laws relating to the employment of minors. If state law and the FLSA overlap, the law which is more protective of the minor will apply.

The DOL also has separate guidelines for minors when it comes to specific industries of employment, such as:

Employers must display an official poster outlining the provisions of the FLSA. These are available at no cost from your local office of the Wage and Hour Division of the Department of Labor.

However, for easier compliance with minimal risk, employers may want to consider a federal labor law subscription service. Providing for consistent compliance and minimal risk.

Final Thoughts on the FLSA

The FLSA is only one of the many federal labor laws that companies across the country must comply with. It is very important that employers everywhere familiarize themselves with the FLSA as well as the other federal labor laws that apply to their business such as equal opportunity employment laws, or the Family and Medical Leave Act. Understanding the history and progression of federal labor law can be helpful as well.

If your federal or state labor law posters haven't been updated recently, you may be out of compliance.

Maybe it's time to worry a little less about non-compliance... right? Try a poster subscription service and receive updated mandatory notices that need to be posted for employees as additional changes take place with federal labor laws.

Get More Employer Alerts Like This
Right To Your Inbox

We are the industry-leading providers of employer services, everything from payroll to human resources and employee benefits.

Give us some basic information about yourself and your business goals, and we'll find a provider who is customized to your unique business situation, be it industry, locale, etc.